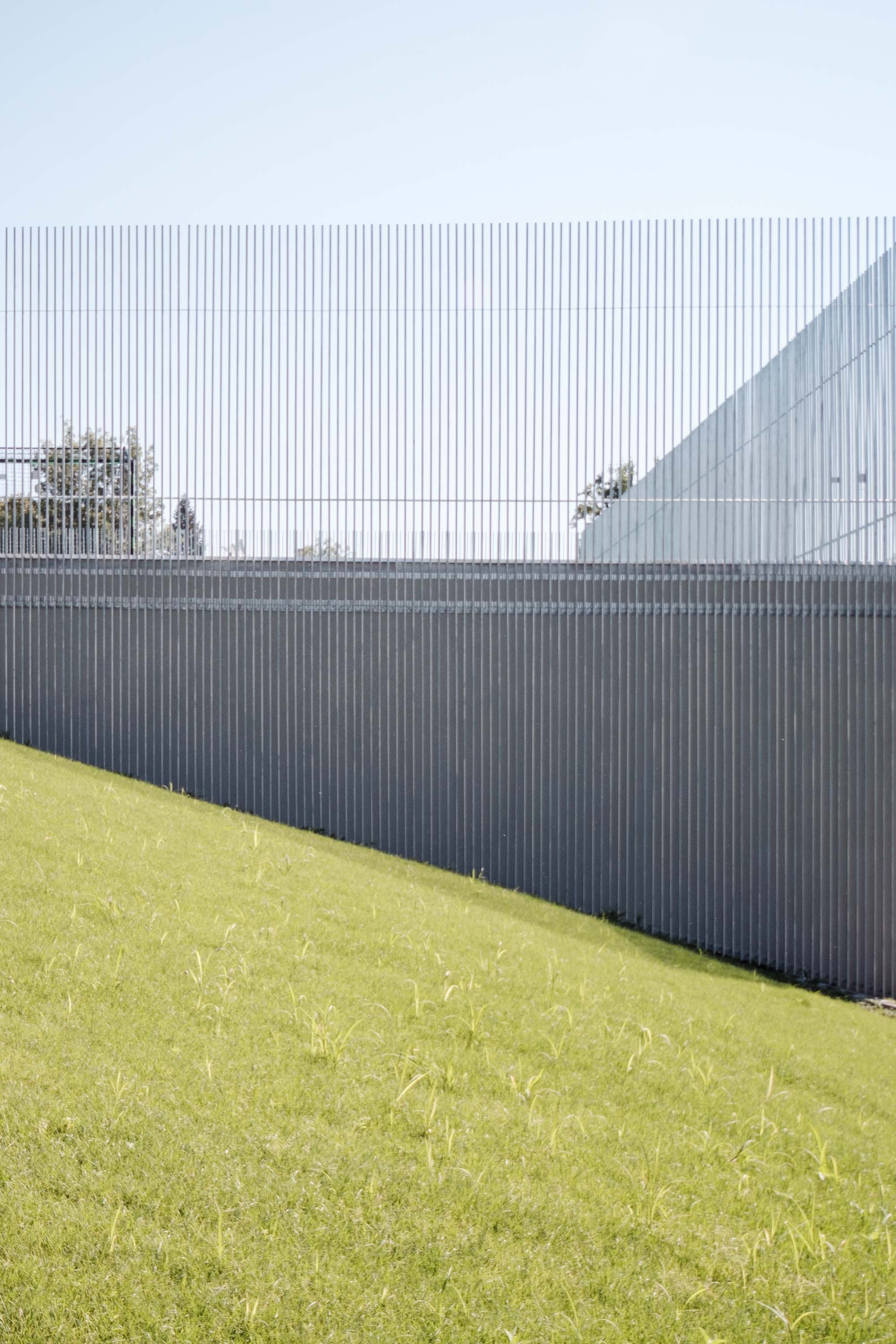 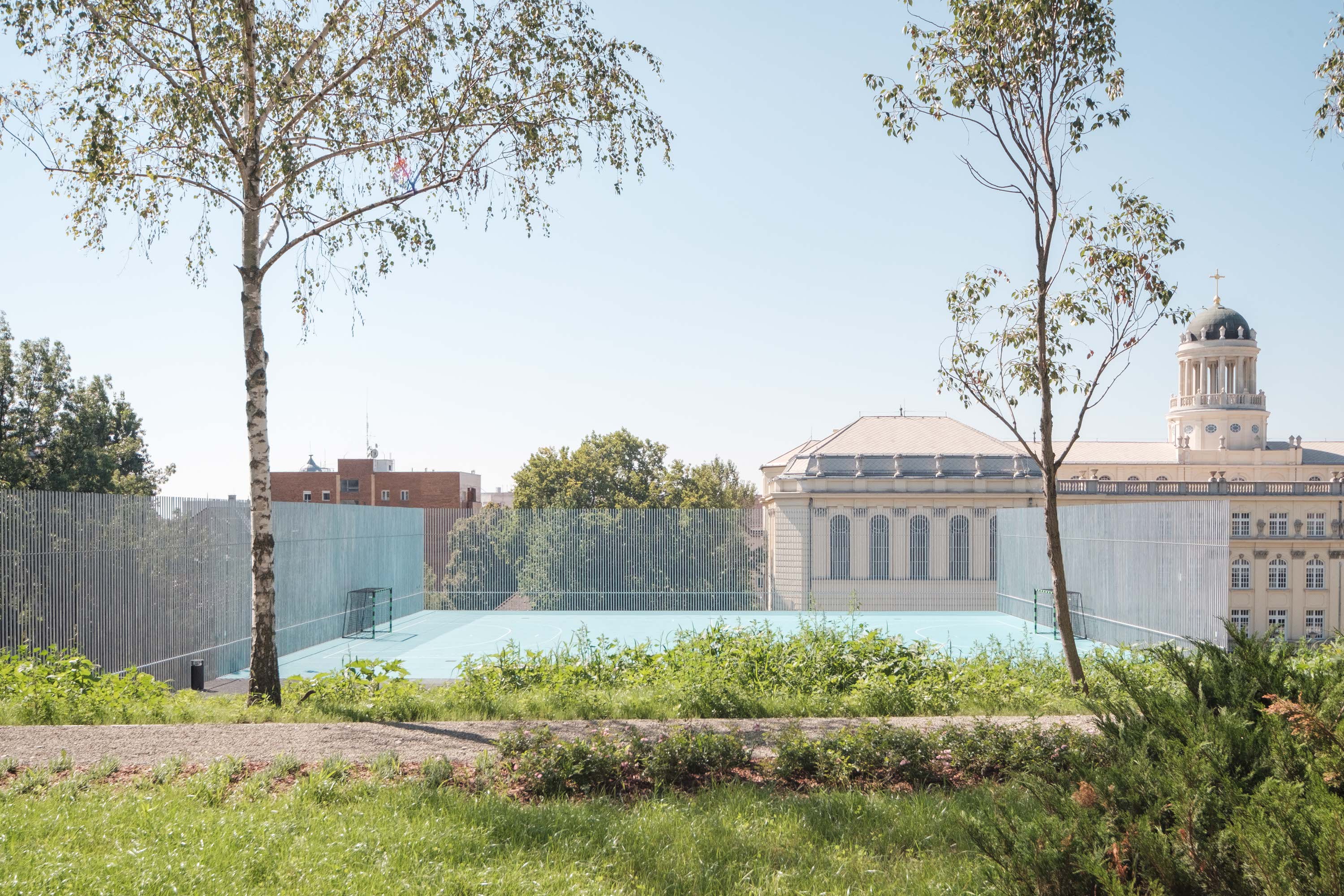 Sinking the new sports and event hall for the Saint Margaret High School was a rational decision both in regards of space and environment. The considerable size of the hall is reduced by more than half, so the surroundings are less disturbed, while the rooftop is an additional field for the school.

The garden where the new structure stands used to be formed by well kept terraces, which character was lost during the second World War. Restoring the garden with a defined slope and a terrace for the field evokes this long lost companion of the Neo-Baroque building.

Functionally the new hall is also easily accessed on the level of the yard behind the school. Playing field, everyday entrance and lockers are all in the same level while spectators can enter from the gallery above.

Entrance areas are a dark intermezzo between the outdoors and the light-filled hall, where through the open facade we are constantly in visual connection with the school.

Simple materials were used. The concrete structure that holds the box in place underground and supports the rooftop field is lined with wooden surfaces where necessary during everyday use. The net for the outdoor field is replaced by galvanized pipes continuing in front of the facade as an austere structure next to the detailed monument of the existing school.