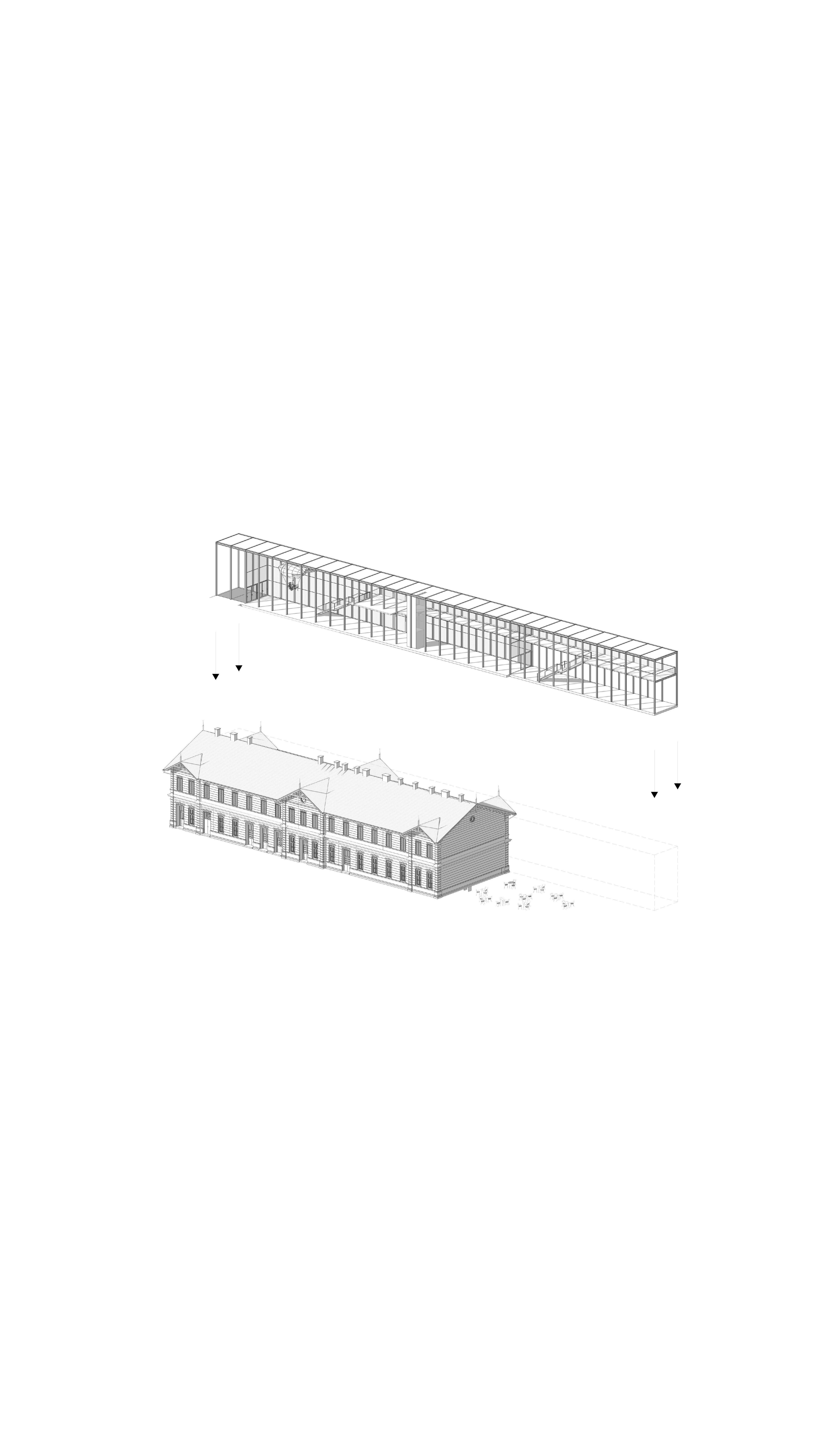 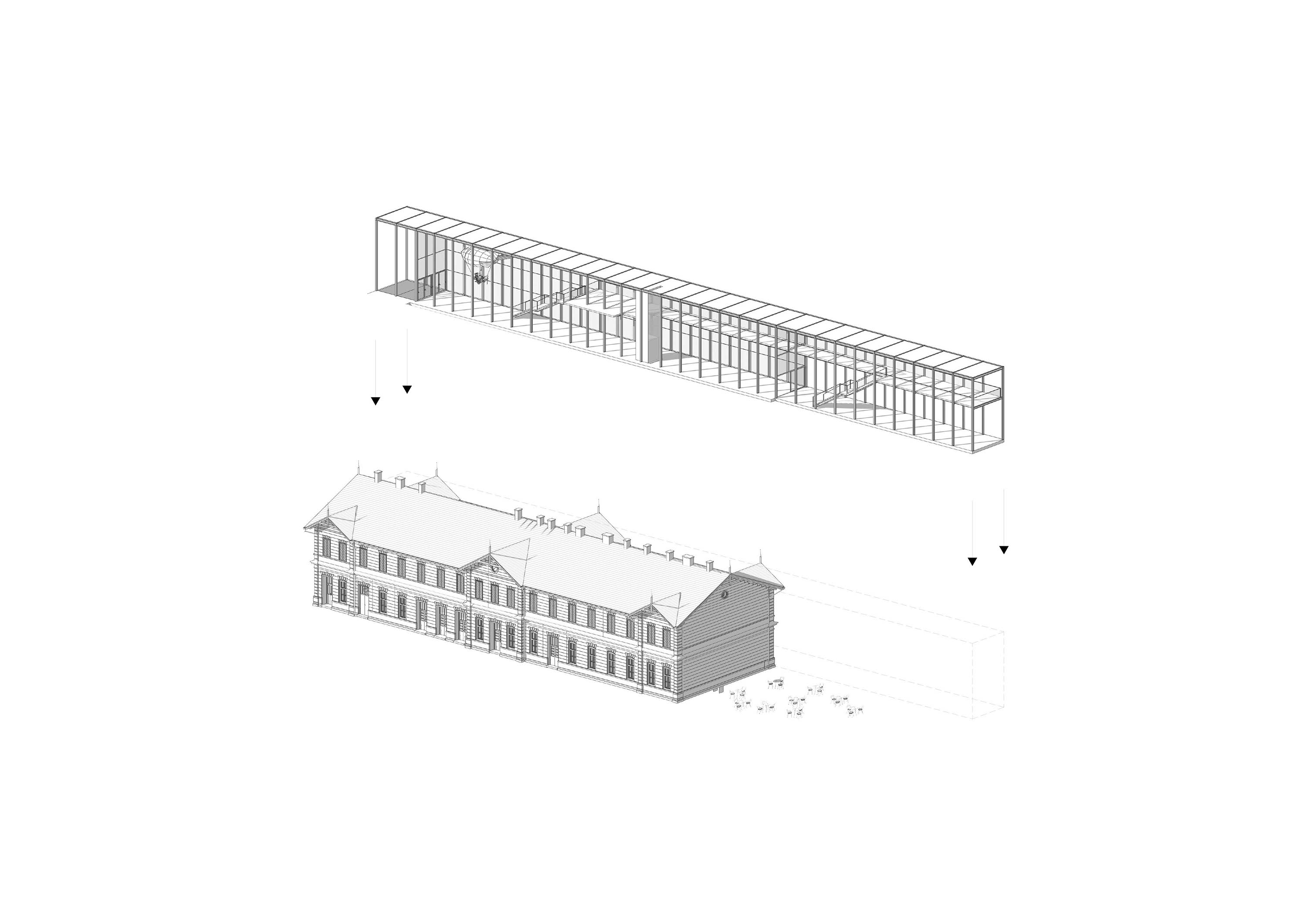 When the original station was completed in 1883, it was located in a smaller, two-storey building carrying the features of MÁV's type plans. The house was characterized by an exciting two-faced relationship between the railway from the countryside and the city.

The façade facing the city was dominated by a more closed world of classical design, which was revealed to the public only at the entrances. In contrast, the waiting area in front of the full-length façade towards the platforms was made more pleasant by the steel-structured platform roof extending beyond the building, from which we could walk out in the same level to the departing trains.

This image is now significantly altered, with ground-floor extensions, a truncated platform roof, and inhabited exteriors and interiors. Thus, to interpret the classical structure of the building, we had to find modern tools that serve the needs arising from the change of function while evoking the original architectural idea.

The light, functional structure of the platform roof running in the direction of the railway nicely balanced the lean building of the station. The concise architecture was enriched with a transitional space that placed the building’s traffic and everyday bustle in the railroad-facing lane. Thus, respecting the interiors of the listed building, following the logic of the original architectural idea, the railway face of the building is formed.

Reconstruction does not stop at the walls of the listed station building. We consider it important that the new cultural feature finds a connection with the surrounding public spaces and the city. With the demolition of the subsequent annexes and the ground-floor stalls to the north, the walkability of the building will be improved, and the external areas thus freed up will also be available to people. From the south, the program is colored by a former railway locomotive as an outdoor installation, and from the north by a railway-themed playground in the area of ​​the former station garden.

The two-storey mass of the original building was later provided with ground-floor extensions according to the functional needs of the railway. Subsequent extensions disadvantageously fragment the mass of the original compact building from the north and south approaches, and their demolition can significantly improve the connection between the new cultural building and the public spaces. The missing element, on the other hand, is the former platform roof in front of the original station building, which in its contemporary redefinition also creates the corridors, outdoor terraces and trainspotting places of the new museum.