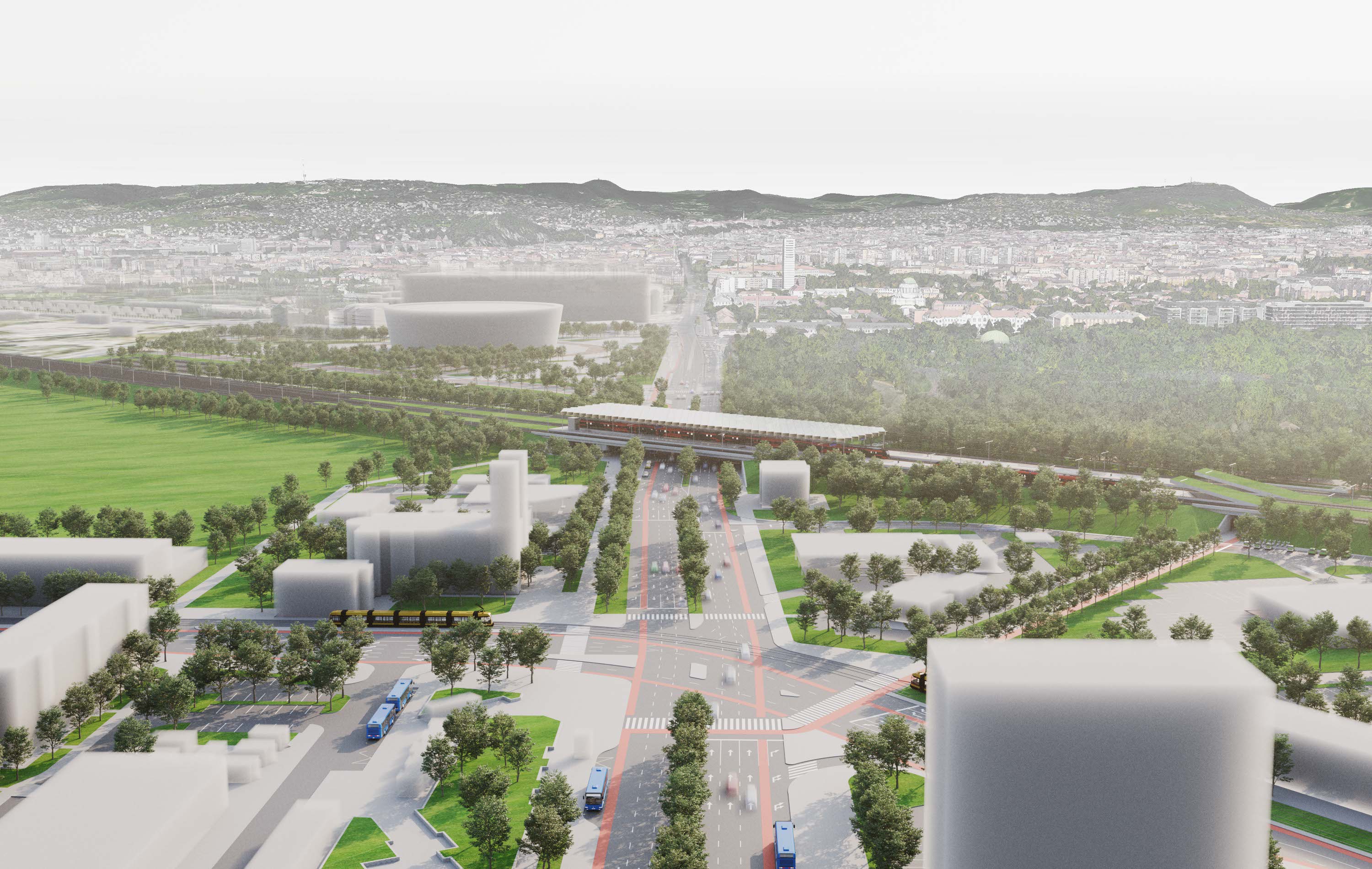 Above the station, the solar panel-covered roof ‘floats’.

It provides protection from the weather for the two platforms in a single motion. The diamond-patterned plywood is covered by a transparent solar panel. The direction of hte rhombic pattern allaines with the two basic directions (Üllői út and the railway line). The solar panels are without black bottom foil, so a finely translucent surface is created with a fabric-like shadow effect.

Through the twin entrance, the platform level can be approached / left not only at both ends, but also at an intermediate point. The length of the cover is determined by the fact that the stairs / escalators belonging to the twin entrance are covered. This corresponds to the length of the most common double-decker motor train, which is thus received by the station protected from the weather.

The lane of stairs was opened as long as possible to get maximum  light in the lower level and to see the solar roof.

At the ground level, triangular covered areas are formed. The central island of Üllői út not only divides the pedestrian crossing, but we also placed the supporting columns of the bridge structure in this lane, so that the triangular spaces are not visually enclosed by a row of columns.

The separation of Üllői út and the pedestrian areas was solved with a functional lane (bus stop, taxi rank, bicycle lane).