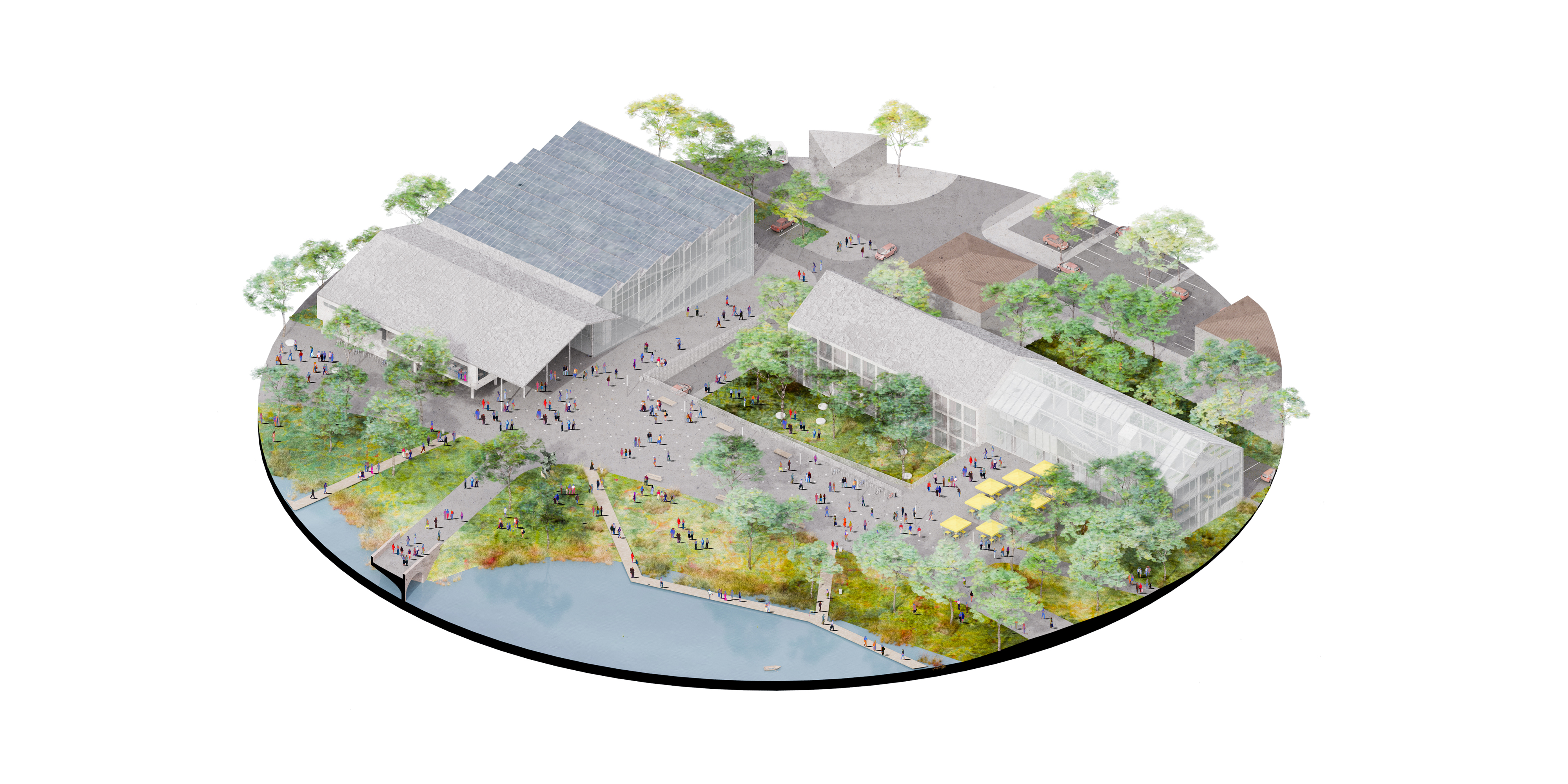 Our goal is to outline a long-term vision for urban architecture, and landscape design that will bring to the fore a lost nature-oriented approach and can provide direction for future developments in the area.

Detail of the final report of the jury

"The plan contains several misunderstandings and mistakes. It is a mistake to completely demolish the outer castle wall and turn the moat almost into a lake. This dissolves the perception of the historic castle and interferes too much with the historic water system. . (...) The plan disregards the historical traditions of the castle, forming a stage background, it is not connected to the city structure, it eliminates the architectural character of the house of culture, it kills the small-town atmosphere by changing scales, it does not serve the bidder's ideas. "

After the unification of Tata and Tóváros in 1938, the Second World War prevented the development of the independent city center character of Váralja. In the ensuing period, the two halves of the city met unnaturally, and while the area did not acquire a new, organically fitting architectural character, at the same time it lost much of its previously dominant close-to-nature atmosphere.

Tata’s greatest urban virtue is that the built and natural environment live together in close symbiosis. In its present state, the balance of the two characters in the design area has been changed, and natural values ​​have been pushed into the background. In order to restore harmony, we need to rediscover the natural features inhabited by water in the area to be the City of Living Waters in the Heart of Tata as well. To do this, we have to choose the right architectural character of renovation, which can be supported by the greenhouses of the manor kitchen gardens that once defined the area. These structures did not dominate their surroundings, they did not stop them with their demarcation of space, they only subtly delimited the landscape around them.

The network of canals and vessels weaving through the area does not play a decisive role in today's urban fabric. The dense presence of water surfaces is often barely perceptible when passing through the street level, the physical and visual connection is weak, and the water flow of watercourses is low. At the same time, the presence of water provides plenty of untapped opportunities to define the character of the district, and can be a catalyst for the development and increase of value of the area.

Putting the central role of water in the foreground reveals the image of a pedestrian- and bicycle-centric, near-natural district that fills the Heart of Tata with valuable recreational areas for all classes and ages of society.