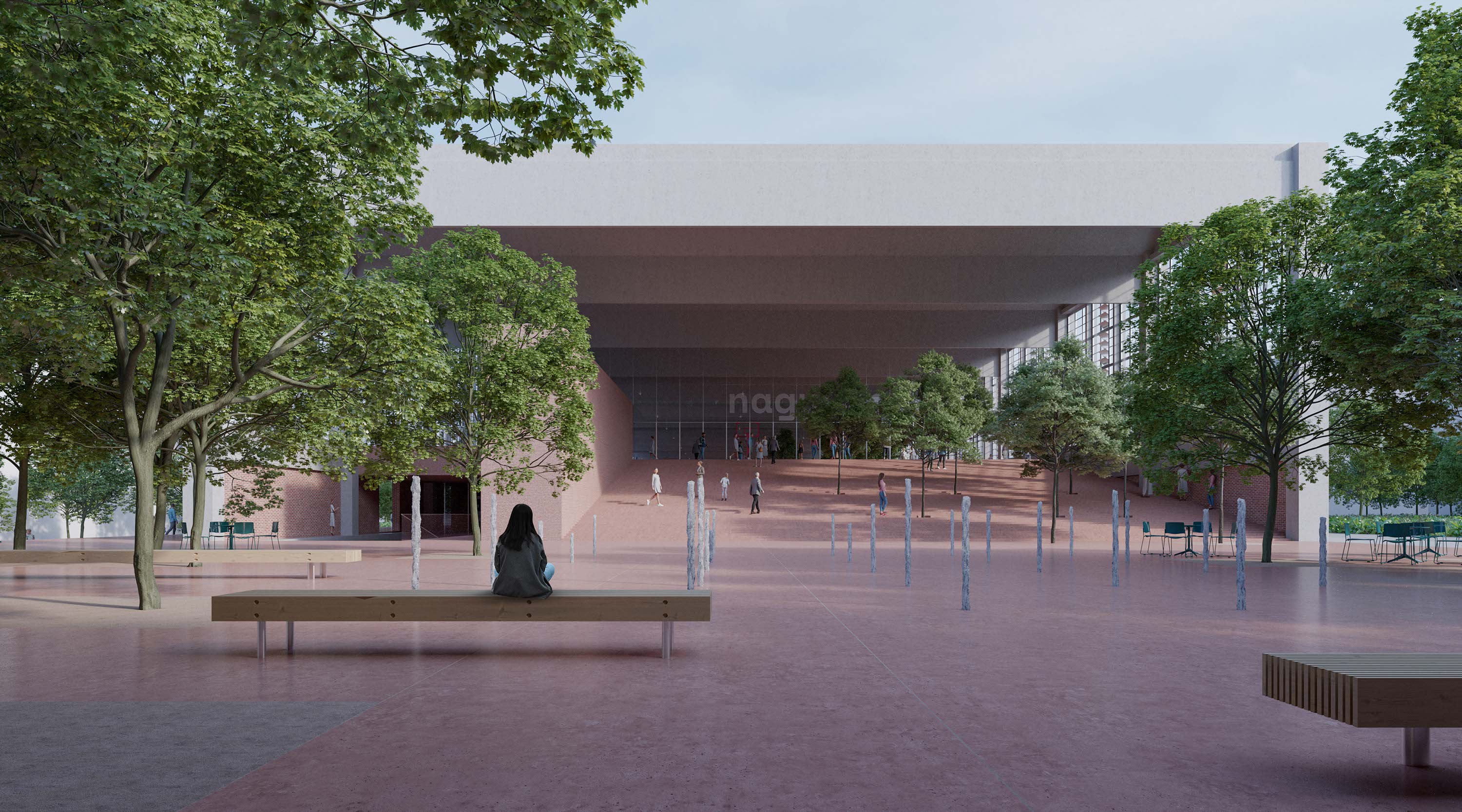 a plinth for silence to assume.

The poem quoted by the famous poet of the district is exactly the same age as the Great Trade Fair, but in a sense that is perhaps more relevant today than ever before: brownfield investments play an important role in the development of big cities. This is partly due to the fact that - although these areas used to be a suburb - they are now surrounded by the city, so today they are wedged into the urban fabric as an obstacle. On the other hand, we usually talk about relatively large contiguous areas, which can be locations for huge investments, so they are also business-friendly. In addition, often - as in our case - impressive building complexes have survived, which today have a kind of ancient charm and with some creativity can provide an attractive framework for modern functions, and a larger development can be a catalyst for the development of the wider urban environment.

The almost hundred-year history of the Great Market Colony is very varied, full of ups and downs. Already the idea of ​​its construction and the circumstances of the design provoked controversy, but the designation of the site was surrounded by relative consensus. The greenfield area at that time was able to connect to the city center with an excellent railway and water connection, the whole investment was one of the largest construction projects in Budapest between the two world wars. Nevertheless, it was unfortunately not able to serve its original function for long, and due to the global economic crisis that was raging at the time, it was already operating with limited utilization. It was very badly damaged in World War II, but fortunately the next regime gave priority to rebuilding it in its original form so that it could function similarly to its older function in the second half of the last century. Unfortunately, after the change of regime, due to the changed conditions, the utilization of the building complex gradually ceased, and even human negligence pushed the remaining buildings of the settlement to the brink of destruction. Due to his loneliness, however, the underground culture may have moved in, leaving interesting traces on the walls in the form of graffiti.

The current development can finally reset the fate of the building complex and put their close and wider environment in a new position. Moreover, this comprehensive investment can even serve as a model for the development of areas with similar destinies. The adopted master plan is a good starting point for this, the first realized element of which could be the two existing buildings of the former Great Trade Fair, supplemented by a student hostel. The master plan envisages intensive integration between Soroksári út and the Danube, mainly with residential and business functions and the recreational, cultural and service purposes serving them, most of which could be included in the hall building.