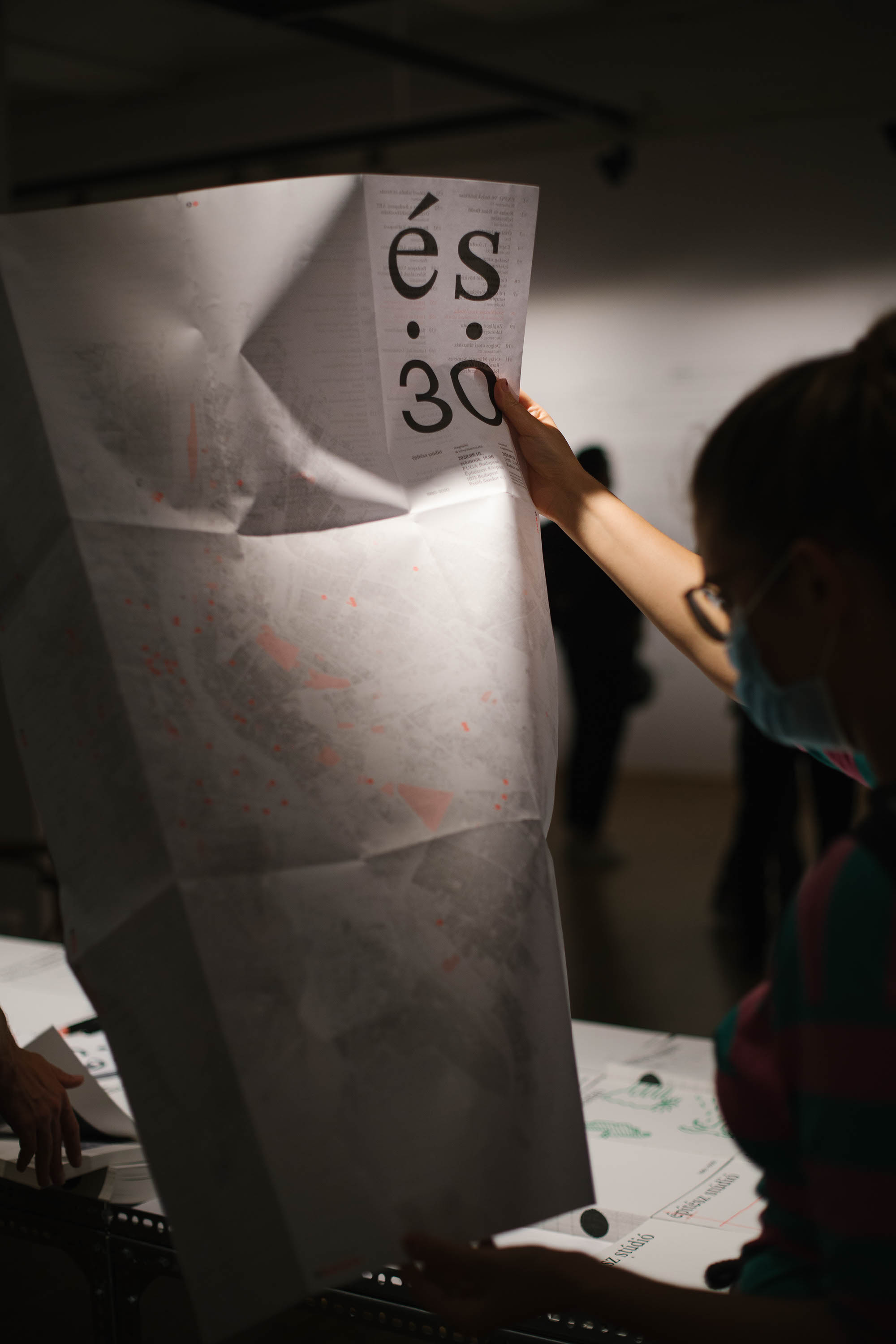 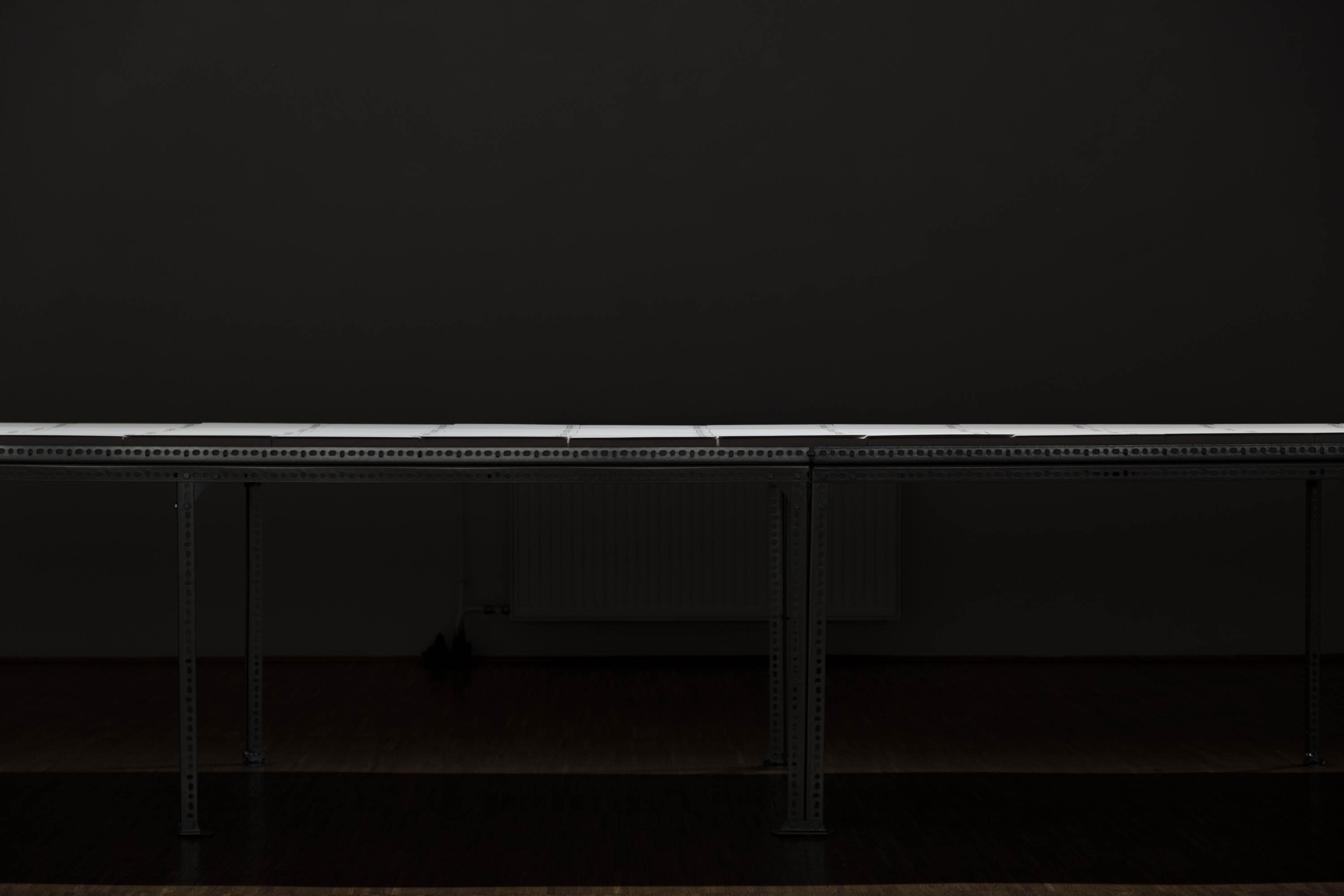 építész stúdió arrived at its 30th anniversary in 2020. This gave us an occasion to look through and reflect on this period, which led to a handful of iconic structures throughout the country. Instead of a retrospective exhibition showcasing the most prominent buildings, we agreed upon examining the whole body of work, as a dataset to draw conclusions, and showcase the architectural process behind the accomplishments of an architectural practice.

The summation came to life in the form of an exhibition, in the hall of the Budapest Center of Architecture (FUGA). The exhibit comprised of two simple pieces of installation: a 15 m long table and a 15 m long chart.

The table was assembled by 200 books about the work of the studio. The white cover was intended to be completed by the visitors during the course of the exhibition, so we invited them to draw and express themselves on the surface. This canvas for interaction was completed at the finissage, where visitors could take one piece of the mosaic home with them.

The chart, printed on the wall, summed up the data behind the works. Each of the 477 works were listed, as well as all studio members - past and present. Scale, status and prizes won were listed for all projects as diagrams, that resulted in a self-generative image filling the wall. Both global and personal changes were clearly visible in the rhythm of the chart, like the 2008 global financial crisis, or the slow changes in the composition of the team.

The analysis of the data provided us with interesting insights of our own practice. Counting all projects - from competitions to constructions - 20% of our designs ended up being built. This ratio jumps to 60% only counting construction plans, but it is visibly dropping in recent years. On average 3 architects work on a project, and almost all members spend at least years, often decades in the studio.

These insights could be just as interesting for an architect practicing the craft, as for an outside spectator. To host an inviting and open exhibition several events aimed at non-architects took place during the 3 weeks between the opening and the finissage. City walks accompanied by a map showcasing the projects of 30 years; children’s drawing lessons on the weekend on the covers; the interactivity of the opening and the finissage were all designed to break the barrier between the profession and the public.

The self reflective anniversary came to an end when books were taken and the wall was repainted by the visitors at the finissage, accompanied by the melodies generated from the chart as a musical translation of the 30 years.