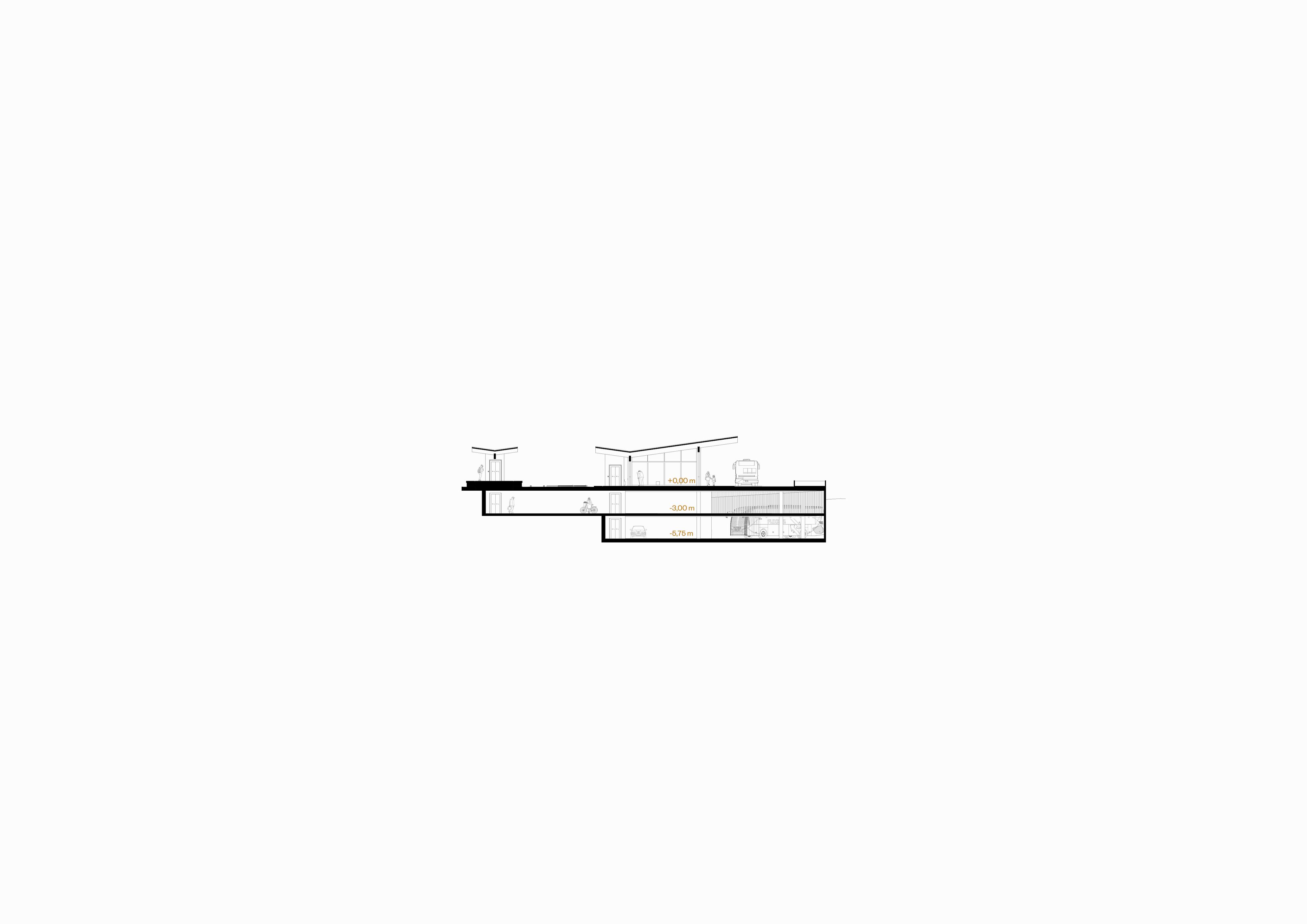 The subject of the competition is the location of the bus station and the arrangement of all traffic and outdoor areas, the design of the wider area of ​​the central bus and train station. It also includes parking for cars, motorhomes, taxis, shuttles, bicycles and access to car trains. In addition to arrangements for various forms of mobility, the new passenger center includes a covered waiting room, a trade and catering program and a tourist information point.

The new volume of the transport hub aims to maintain the existing context by locating a canopy south of the existing railway station. Concentration of the program and rationalization of the path of visitors is realized by combining the bus and train station under one roof. The internal organization of the ground floor volume of a simple longitudinal shape is functionally simple and rational, and thanks to the wooden construction and the glazed pavilion, it is also easy to read for the user. On the south side, the views under the canopy visually open up to the planting of the southern part of the platform above the dug-in garage and the park arrangement next to the existing villa. In the northern part, under the pavilion roof, there is an open-air waiting room with arrangements, one of the underground passages to the island platform and an elevator. The space under the pavilion roof is visually connected to a small square planted with linden in front of the existing railway station building, which acts as a landmark in the space. The historic building of the railway station has been renovated and is intended for administration and museum activities.

The tender proposal has clear traffic and cycling arrangements, and also offers some interesting solutions. In the basement there are parking spaces for cars and buses, in the open under the canopy of the pavilion there are three places for buses and 6 places for kiss & ride. Triglavska cesta remains the main traffic artery of the area and design, as it is used for access to the two-level parking house, bus access to the bus platform, motorhome access to the parking lot, access to the car train and museum train, access of service vehicles to the railway area and existing station and intervention access. The main pedestrian access is on the south side along Triglavska cesta at an elevated level, separate from motor traffic. The access of buses to the bus stop is organized through the level division of traffic, where the speed of traffic is limited to the shared use of the paved level with pedestrians. The bicycle shed with the repair shop is accessible only through the garage. In the northern part, it has an arranged and planted parking lot for motorhomes with a longitudinal pavilion as a sanitary facility and a visual curtain in front of the railway tracks. The solution does not deal with transport to the car train in detail, it only provides parking for cars, before the marked access to the car train.