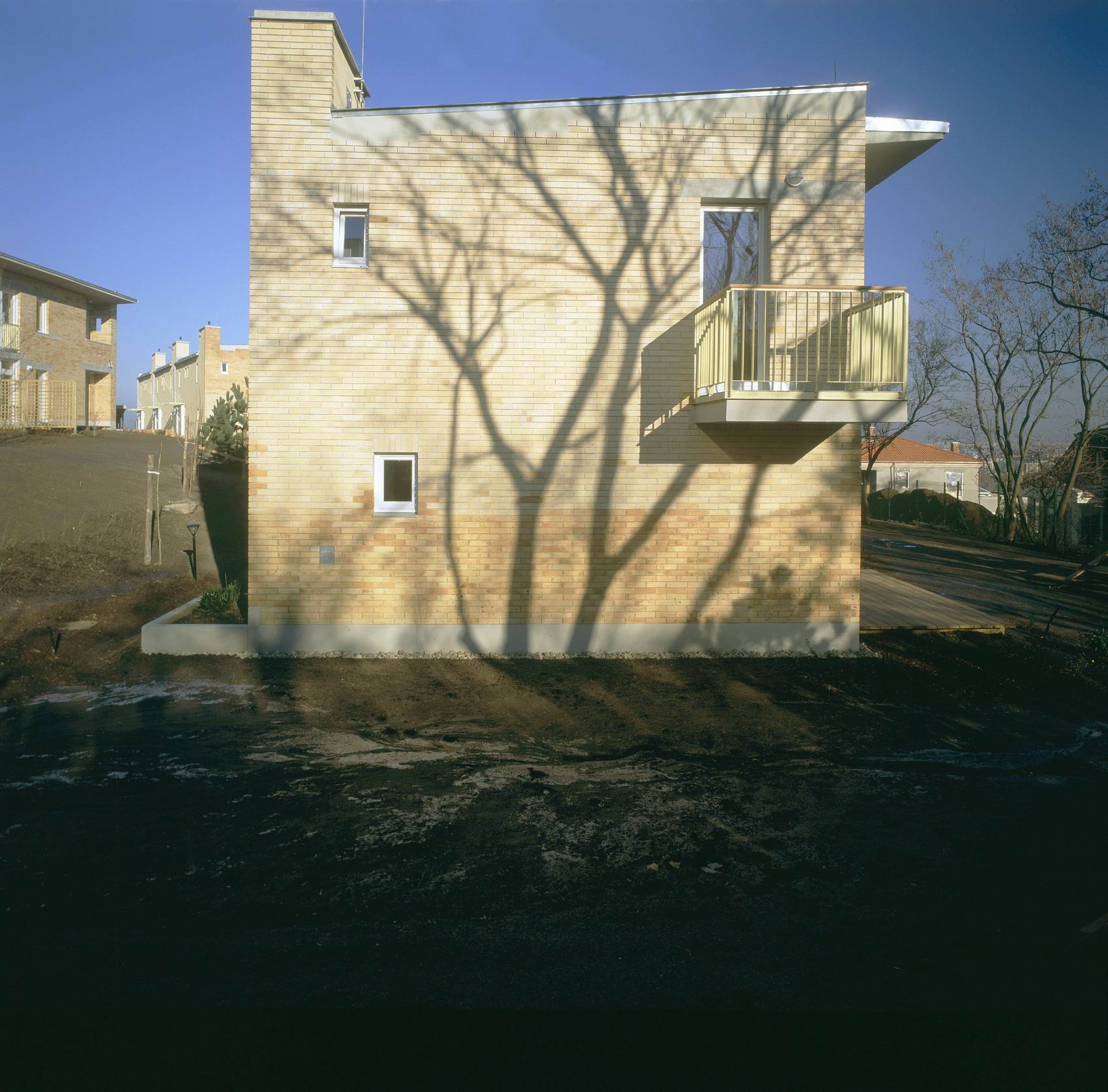 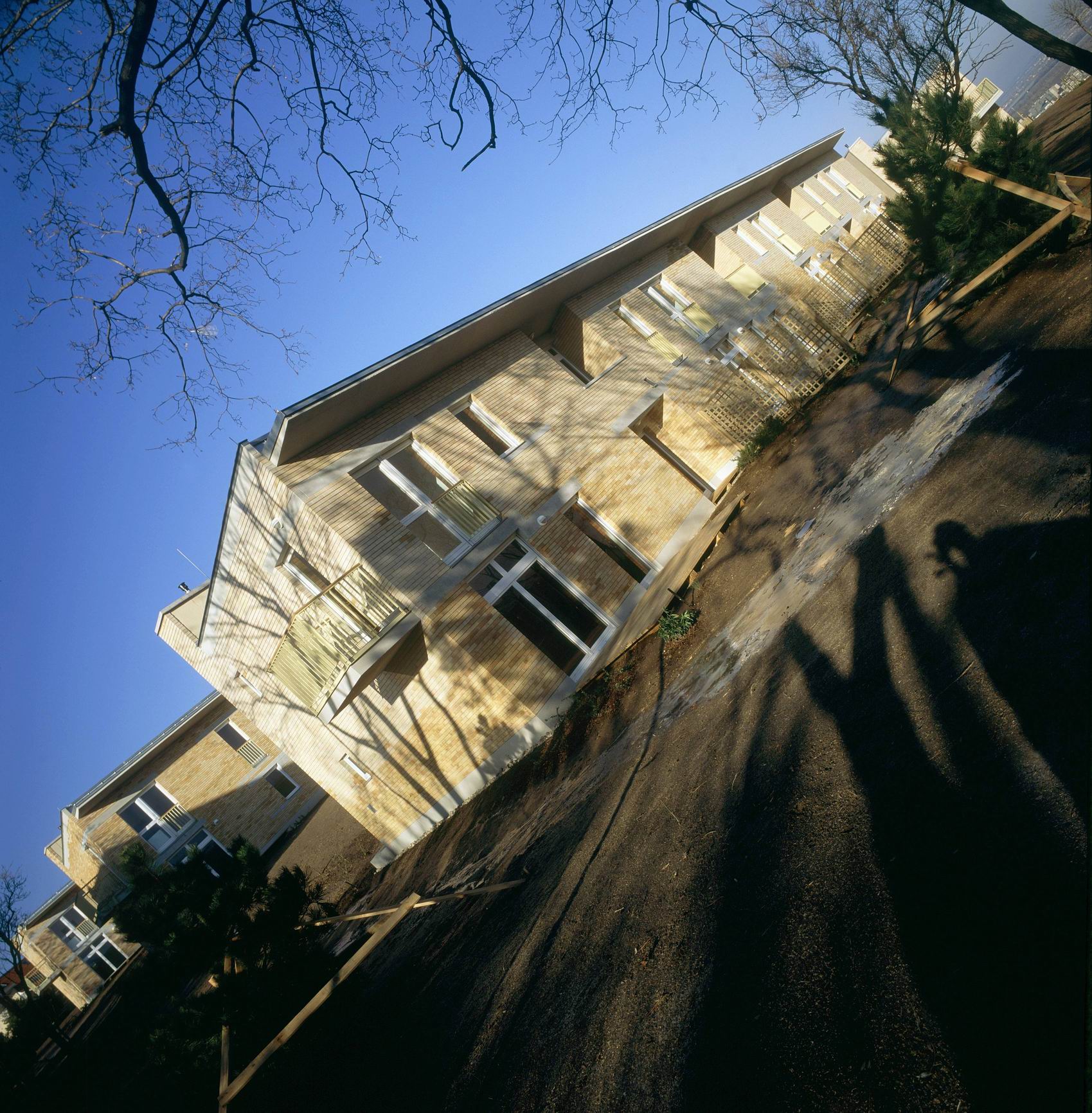 The intention was to integrate the development with the terrain and relief of the site shaped by the forces of nature. Containing a total of 20 dwelling units, this development responds to a hillside in Buda pierced by caves. Grouped in seven lanes featuring 2-4 units, the volumes adhere to the contour lines of the site.

The tracery of the development is reminiscent of a hand. The fingers of various lengths grow out from the palm as if it were a point of arrival, then wind across the sloping site. The materials and chosen structures further intensify this binding to the location. Ripped out as green sheets, the roofs are clad in light-coloured bricks and supported by plastered walls featuring a palette of earthy colours. Every means serves to connect the torn-out components and the terrain. The dwelling units in various floor plan configurations feature analogous façades which are still delicately differentiated and coordinated in a sequence. The elevations of different lengths are sculptural, porous and pierced to such an extent that they seem to transform the buildings into pierced limestone blocks. Artificially separating the gardens and courtyards by architectural means was beside the point here. Buildings seem to float on the large expanses of “village greens”. The terrace belonging to the apartments is only marked by a light wooden frame, while the rest has been left to be reclaimed by nature later on. Housing the communal functions downstairs and the private rooms upstairs, the two levels of the apartments feature a simple configuration.